County Louth Golf Club or Baltray as its known locally, is one of those golf courses that contradict the commonly held belief that Ireland’s eastern coast is far inferior to the south western region in terms of quality links courses. Though the volume of links may not be quite the same on the east coast, when you consider courses such as Baltray, The Island, Royal Dublin, Portmarnock, Portmarnock Hotel & Golf Links, Royal County Down and the European Club, it is clear that the quality of links golf courses on the eastern side of the island is in no way inferior.

The original layout at Baltray was modified to a large extent when Tom Simpson and his assistant, Molly Gourlay, redesigned the course in 1938 but so successful were the alterations made at this time, the course remains relatively unchanged today. Noted in Irish golfing circles for the quality of its greens, visitors to County Louth are often perplexed that a links of such quality should have a rather modest international profile. The reason perhaps has more to do with the unpretentious attitude of the club, rather than its relatively secluded location at the mouth of the River Boyne.

Baltray plays annual host to the East of Ireland Golf Championships, which was won no fewer than 12 times by the legendary Irish amateur, Joe Carr. A good story concerning Carr and Baltray involves Carr returning to the scene of his many triumphs a number of years afterwards. Joe was assigned a young caddy, who to the amusement of Carr’s playing partners had no idea as to employer’s identity. During the round, the youngster enquired as to whether Carr had ever played in the East of Ireland, whereupon Joe informed him that he had in fact won the event a few times. On the very next hole, Carr did the unthinkable by topping his drive, an act that prompted the caddy to remark wryly: “It must have been a lot easier in those days.” At a length of almost 6,800 yards, Baltray is certainly not short, but when you consider the natural hazards of the links game combined with blowing winds and heavy rough, it becomes a difficult, though immensely enjoyable golf course.

Some of the finest holes at Baltray include the difficult par four opening hole; the long par five 3rd, which requires a blind shot over a knoll onto a small green; the par five 6th, which leads through a valley of dunes to a green hidden behind two hills; the par four 14th, which requires a drive from an elevated tee to a fairway almost 200 yards away; and the majestic closing hole, complete with some malicious bunkering. 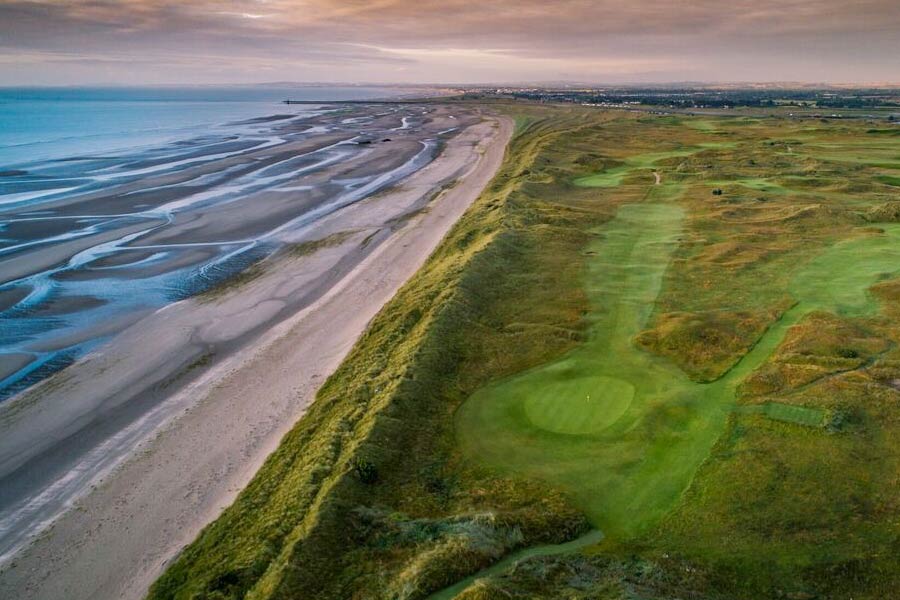 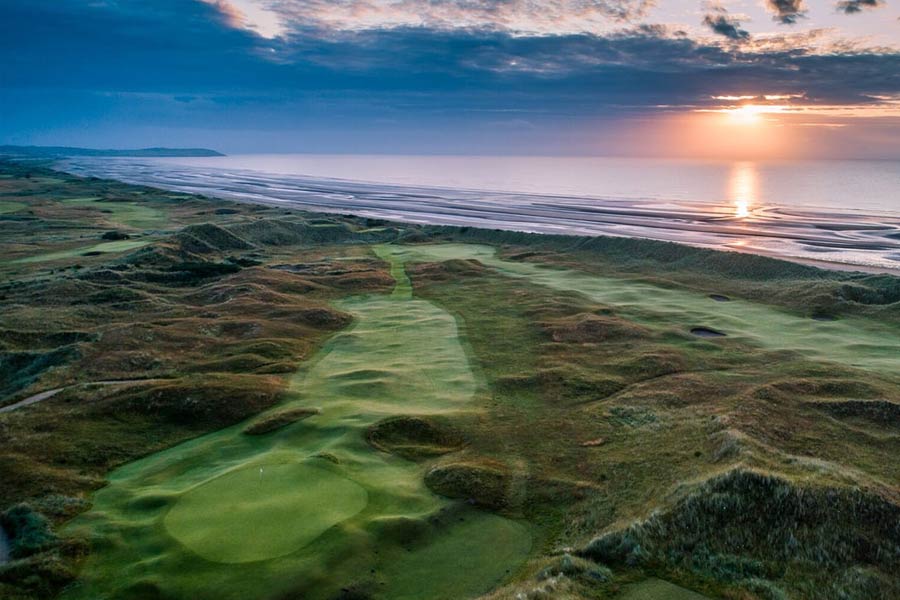 “To say the tour went well was an understatement. I can’t say enough for Brendan, our driver. We learned SO much about Ireland! There were other tour groups getting lost, or whose driver’s knew little or nothing. Brendan is a priceless asset. His ‘people skills’ were the best; his disposition, always positive. In sum, he MADE the trip the huge success it was! I thank you for sending him to us!”