The golf links of Enniscrone is another of the great, relatively little known and underplayed golf links of Ireland’s northwest. It is one of those rare links from which no player comes away disappointed however badly they may have played. Make no mistake that Enniscrone deserves to be rated alongside the likes of Lahinch, Rosses Point, Connemara, Waterville and Ballybunion. It is a classic links with dramatic dune land, superb greens and breathtaking views. This is an experience that once savoured, should be repeated and will never be forgotten.

While golf began at Enniscrone as far back as 1918, it was not until 1974 that the course was extended to 18 holes. And when Eddie Hackett was invited to design an extension to the original nine hole course, the terrain prompted him to comment: “A pleasing feature is the variety. As well as holes in the open flatland, there will be those ranging through the sand dunes with the occasional dogleg adding to the attraction”.

As ever, Hackett fulfilled his promise and over the years, Enniscrone has hosted many major championships including the Irish Close Championship in 1993 and the prestigious West of Ireland Championship from 1997 to 1999 inclusive. Enniscrone, with its dunes, humps, hollows, rough and fast greens gives the golfer a picture of life as it must have been many centuries ago. Rugged dunes unchanged over the course of time, a bracing wind, clear sky, the most beautiful beach in the world, the Moy Estuary and the Atlantic Ocean are set against the majestic backdrop provided by the Nephin and Ox Mountains.

Many memorable holes exist at Enniscrone while each one tests the golfer’s skills and concentration to the limit. Donald Steele, the celebrated British golf course architect was commissioned to design an additional nine holes in the late 1990’s. These holes were completed by early 2001 and have been integrated into the original layout. In replacing some of the weaker holes, the present championship course at Enniscrone now represents as fine a test of links golf as one can find anywhere. 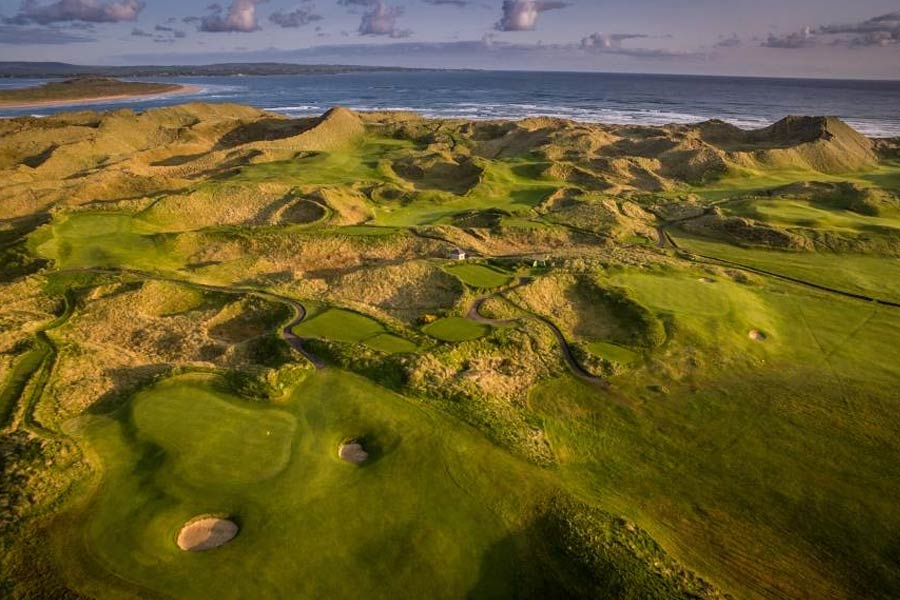 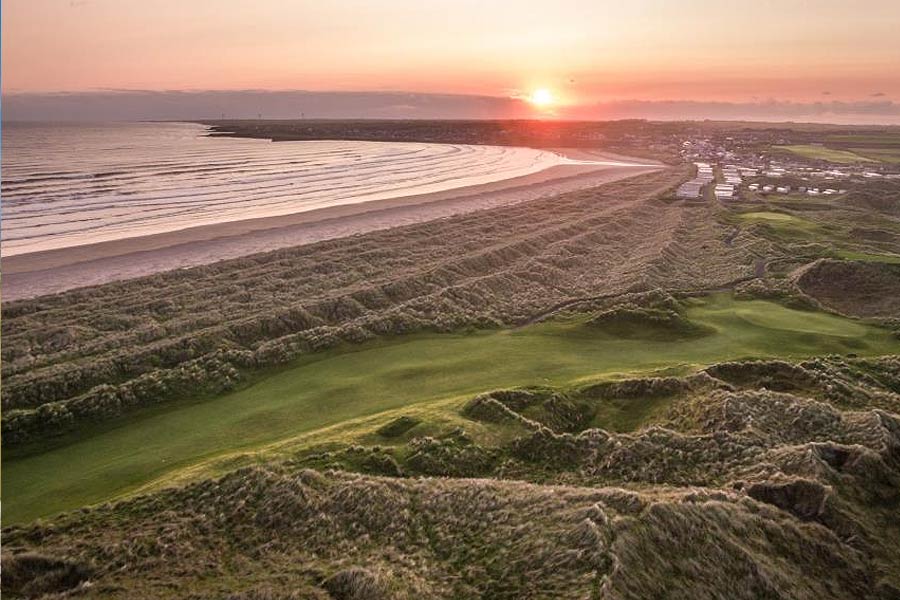 “We had a wonderful time in Ireland. The itinerary was terrific, Richie got to play golf in Killarney, and shopping was always available. The driver Sheila was great—informative, cheerful, provided frequent stops, and was always on time. Thank you for planning our trip and I’m sure we would love to go back again soon.”