The unfortunate thing about golf in Ireland’s northwest is that so few people in international circles appear to recognise its true worth as a destination. Rosses Point however, is just one of the great links of the northwest region and when you consider that its neighbours include the likes of Enniscrone, Donegal and Carne, it’s impossible to deny the quality of the Irish northwest as a golfing destination. Situated on the Rosses Point peninsula, rest assured that this golf course, also known as County Sligo Golf Club, is one of Ireland’s great championship links and one that more visitors should include on their itineraries.

Established in 1894, the original nine hole layout at Rosses Point was laid out by George Combe, the founding secretary of the Golfing Union of Ireland. And while the course was extended to 18 holes about a decade later, it was not until 1927 that Harry Colt designed the present links. Home to the West of Ireland Championships since 1923, past winners include Joe Carr, Padraig Harrington and Paul McGinley. Some of the legendary players who have sampled the delights of Rosses Point include Walter Hagen, Bobby Locke, Tom Watson and Nick Faldo, while Peter Alliss commented: “Rosses Point stands right at the very top of the list of Irish golf courses…a tremendous test for the highest quality player and great fun for the modest competitor”.

While Royal County Down is acknowledged as having the best front nine in Ireland and Ballybunion the finest back nine, many believe that Rosses Point offers the finest 18 holes in the country. Among the most beautiful holes on the front nine is the short par four 2nd hole. Measuring just over 300 yards, the hole plays severely uphill and your approach can be very difficult to judge, while the panoramic view from the green is as vast as it is sensational. The 7th may appear straightforward for a hole rated as the index one but when your approach makes an unscheduled visit to the brook in front of the green, your comprehension of this rating will grow.

The homeward journey will not disappoint and the 10th and 11th holes, which offer excellent views of the great Benbulbin Mountain, are two excellent par fours. The par four 14th, measuring some 430 yards from the championship stakes, is Tom Watson’s favourite and is an extremely testing hole, which when the wind is blowing is almost a par five. Your drive at the 15th needs to carry quite a distance over some very wild dunes close to the shore, while the pick of the final three holes is probably the par four 17th, which is rated as the second most difficult hole of the course and requires a long second shot to an amphitheatre green. 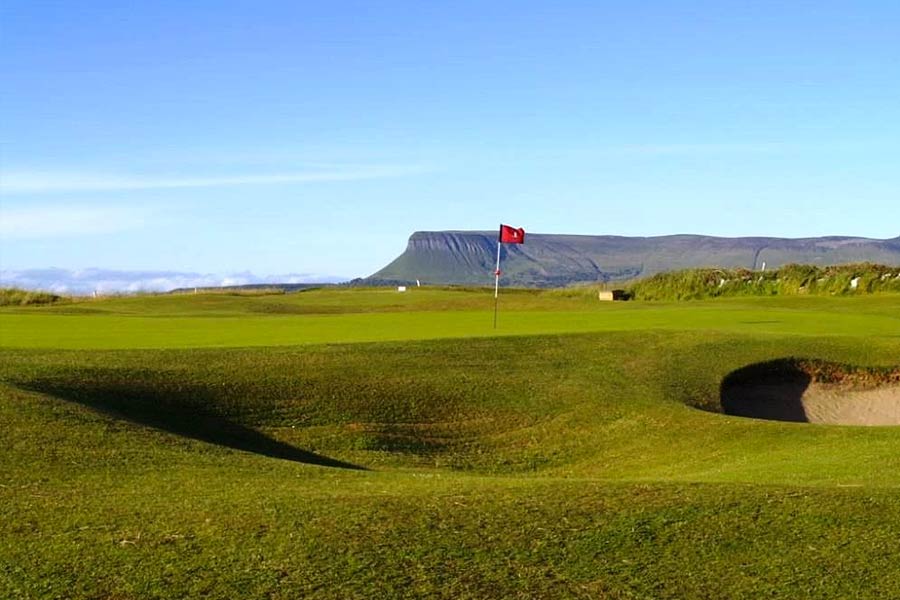 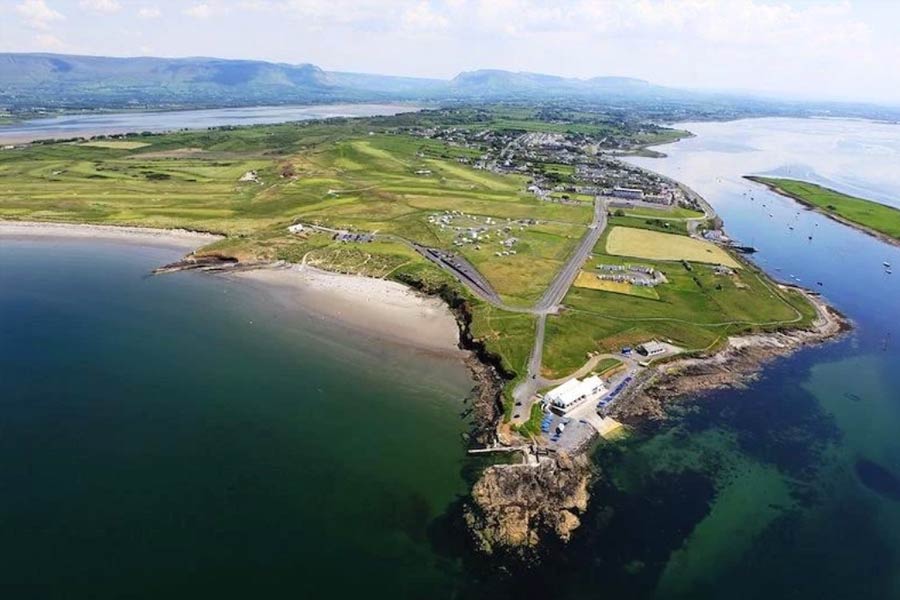 “I would not hesitate to recommend your company to any of my friends. It was easily the best golf vacation I ever experienced.”