Near the city of Dublin is North Bull Island, actually a sand bank in Dublin Bay that was created by Capt. William Bligh of Bounty fame. An engineer, Bligh built a sea wall along the north side of the bay as part of an engineering project to scour the bay’s bottom and ensure deep water vessels could get in and out of the port. The continuous outflow of the Liffey River (that runs through the heart of the city and empties into the bay), combined with the scouring effect of the tides, pushed sand along the Image: Royal Dublin Golf Club north end of the bay. Over time, land began forming behind the wall becoming North Bull Island. Today, the island includes a national bird sanctuary.

North Bull Island is also the location of Ireland’s most venerable golf clubs, The Royal Dublin Golf Club. Opened in 1894 and later moved to its current site, Royal Dublin has hosted great championships including the Irish Open. It is where the legendary Christy O’Connor Sr. frequently practices and plays, and I am told that if he doesn’t have a game, he might well ask you to join him for 18. During World War I, the clubhouse and course were taken over by the British Army, virtually destroying the clubhouse and course. After the war, the English designer E.S. Colt redesigned the course and today much of Colt’s original look has been preserved. Royal Dublin is a classic out and back links course of nearly 6,600 yards. It plays to a par 72 and features very solid if scenically unspectacular holes. The course features some of the truest greens you will ever play. Some monster par 4’s are interspersed with a couple of very short par 4’s, one of which is drivable.

I played with two members and club secretary John Lambe, a delightful, voluble man who explained that the flat building off the 3rd fairway was used by the British Army as an ordnance depot. North Bull Island in Dublin Bay, Home of Royal Dublin Golf Club. Today, the building houses the most advanced irrigation and maintenance systems and equipment in the industry, a major reason for the course’s exceptional conditioning. And he explained that the island is still growing. As we were walking down the 5th fairway, Lambe stopped and pointed to a sign that was stuck in solid ground at least 100 yards from the bay. I couldn’t read it, but he told me it says, ‘No wading beyond this point’. 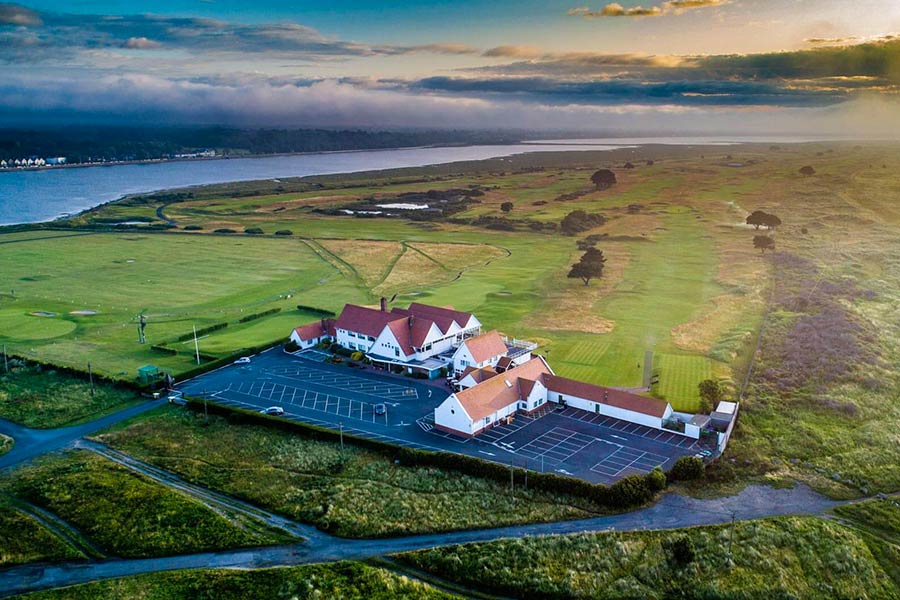 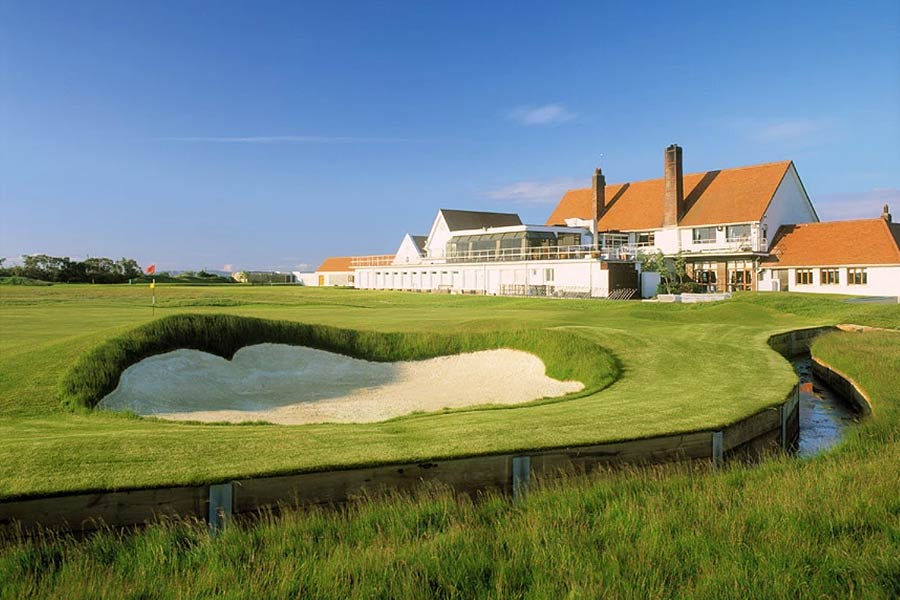 “And to think that we considered renting cars and driving ourselves! The bus was commodious and spanking clean. Adrian, our driver, treated us as if we were his own family, watching out for us every step of the way. For this you deserve a lot of credit, Anthony. We shall be happy to recommend O’Shea Travel to our friends.”