Simply put, the Dunluce course at Royal Portrush is one of the world’s finest links courses. Known as the County Club when first formed in May 1888, it became the Royal County Club in 1892 and finally, Royal Portrush Golf Club in 1895, with the Prince of Wales as patron. The links has undergone many changes during the course of its existence.

The initial nine holes were extended to eighteen by 1889, while the renowned golf architect, Harry Colt, designed the present course. Upon completion of his work at Portrush, Colt remarked that it represented his best ever layout. As befits a golf course of such quality, Royal Portrush has hosted many major events over the years. The Irish Amateur Championships were inaugurated here in 1892, while the first professional event on Irish soil was also hosted at Portrush in 1895.

It wasn’t until July 1951 though, that Royal Portrush made real headlines on the world stage, when it became the first (and last) Irish golf course to host the British Open Golf Championship, an event won by Max Faulkner with an aggregate score of 285 over four rounds. Today, Royal Portrush offers two fine links courses and while the Dunluce Course will always be regarded as the championship links, the slightly shorter Valley Course also represents a serious test of links golf prowess. It may be a cliché but it is genuinely difficult to select the best holes at Portrush.

On balance though, the best on the front nine are probably the 5th and 7th holes. Aptly named “White Rocks” due to the grand view from the tee, however good your drive at the par four 5th hole, your approach to the green is fraught with danger and you may be better following the safer dogleg approach. Rated the most difficult on the course and measuring 431 yards from the back tees, the 7th is one of the finest par fours anywhere. Your drive must be long and accurate, while your approach to a sharply sloping green must be struck with anything from a wood to a medium iron. The par three 14th and par five 17th are among the holes on the homeward stretch that will linger longest in the memory.

Worryingly but justifiably called “Calamity Corner”, the 12th hole measures over 200 yards and requires a long carry over a deep ravine in order to reach the green. Miscalculate here and you’re playing three from the tee. The 17th is a long par five of almost 550 yards and provides ample opportunity for mistakes. From the tee, you are faced with a deep bunker cut out of the hill, while your second shot, which is played to a narrowing fairway, must be accurate to avoid bunkers to the left and right. Royal Portrush offers two fine links courses and while the Dunluce Course will always be regarded as the championship links; the slightly shorter Valley Course also represents a serious test of links golf prowess. The Valley course lies between the East Strand and the Dunluce Course. The Valley also offers a stiff challenge and hosts the Causeway Coast Amateur Tournament with other local courses, the biggest amateur tournament in the world. 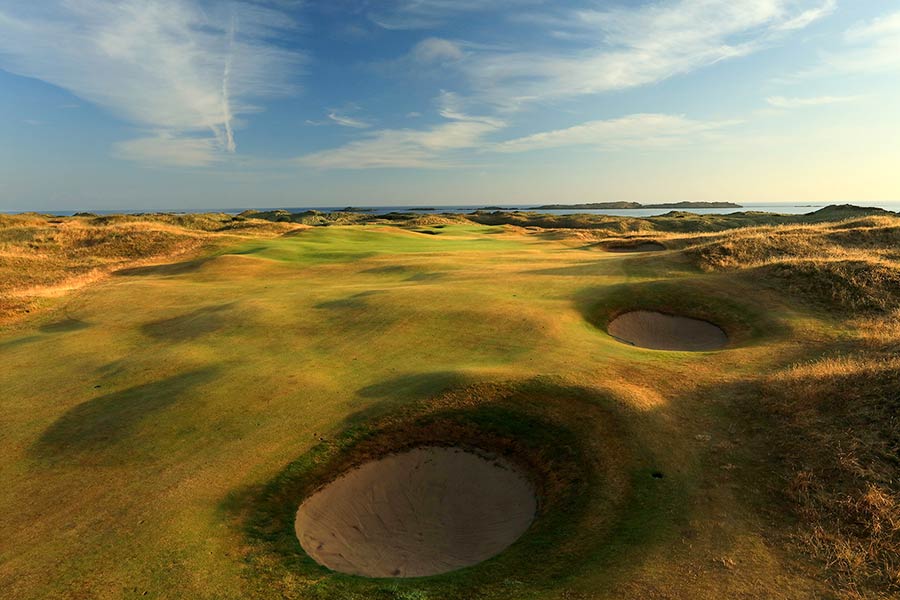 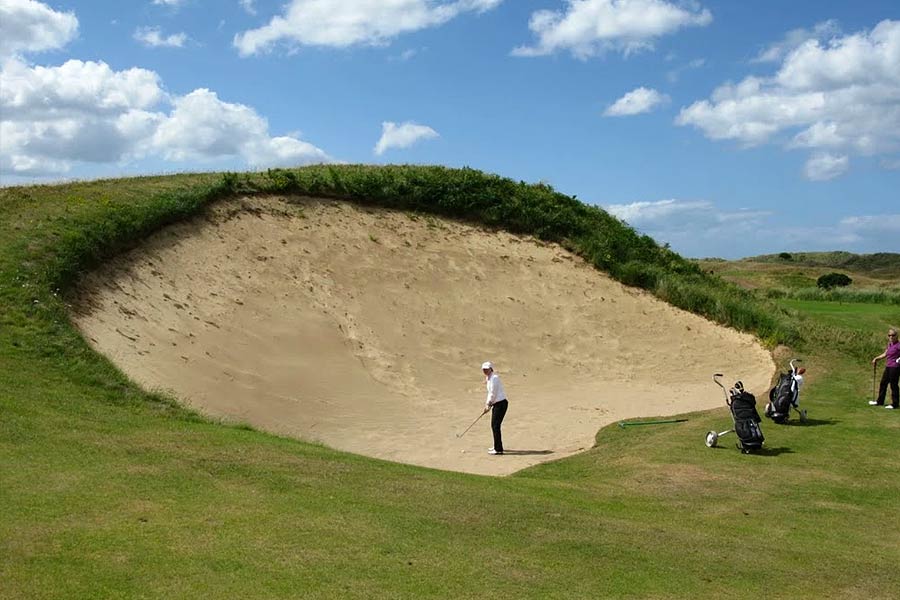 “Our trip to Ireland was more than we could have ever hoped for. We had the most wonderful time with our driver Seamus! We had an instant rapport with him and his easy manner and wonderful wit charmed us all.He took us on roads we wouldn’t have dared to travel on our own and we went to places that most visitors to Ireland never have the opportunity to see. He was an expert driver. We never had a bad meal because Seamus knew all the best places.”