Situated on Ulster’s magnificent Causeway Coast, Portstewart Golf Club is one of the very few 45 hole complexes in Europe. And while the jewel in the Portstewart crown is undoubtedly the Strand Course, visitors may also choose from the par 64 Old Course and the nine hole Riverside Course. Going back to 1951, when the course was used as a qualifying venue for the Open Championship at Royal Portrush, it seemed that Portstewart was destined to be forever cast in the shadow of its more illustrious neighbour. Not any more. Everything changed when the new championship layout of the Strand Course hosted the Irish Close Championship in 1992.

As with many Irish links courses, Portstewart boasts a long history. While the origins of golf in the area date from 1889, the club was not founded until 1894. Such was the interest in the game; the club was forced to move from their original nine hole layout to a larger site at the opposite end of the town. Further expansion was undertaken in the 1960’s following the acquisition of more land, while in 1992, the extension into the area of dunes known as “Thistly Hollow” yielded the Strand Course, a links which is today widely considered as one of the finest in Ireland.

Measuring 6,779 yards from the championship stakes, the Strand Course at Portstewart, which is set in classic links country amidst towering sand dunes, is a difficult but fair links layout and offers magnificent views of the Donegal Hills, Atlantic Ocean, Strand Beach and River Bann. And in days when development of new courses can run into millions of pounds, it is to the credit of Portstewart Golf Club, that their own staffs have largely created the layout at the Strand Course. Of the many superb holes on the championship links of Portstewart, it is possible that the par four 1st and par three 6th will linger longest in the memory. Playing alongside two miles of golden beach, with the Atlantic Ocean lapping the shore and Donegal Hills looming in the distance, the first hole is an exquisite 425 yard dogleg right. A good tee shot is essential in order to set up an approach to a large green, while club selection is the key to your second shot avoiding three putt country. The par three 6th, though measuring only 140 yards is a superb hole, which, depending on wind requires a shot ranging from three iron to wedge, played to a plateau green. 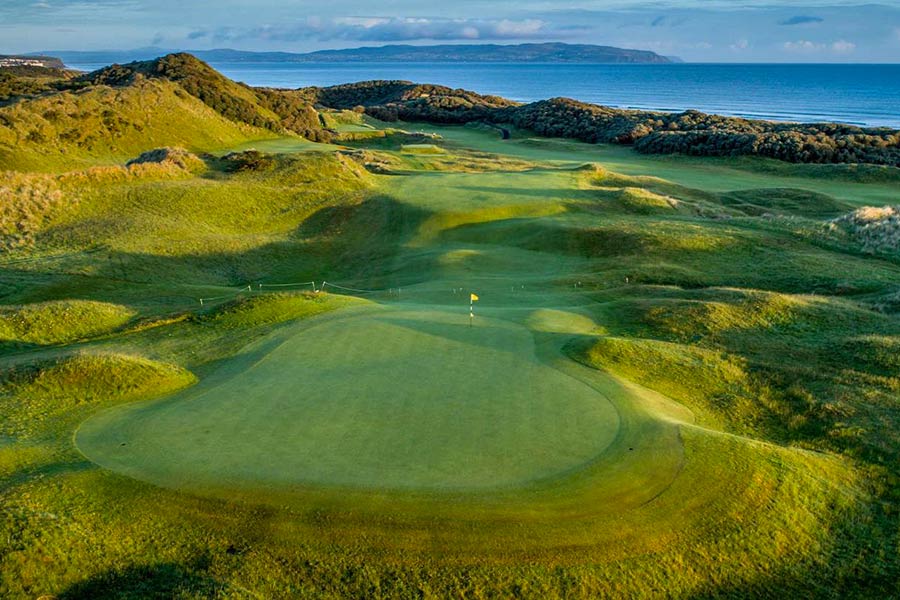 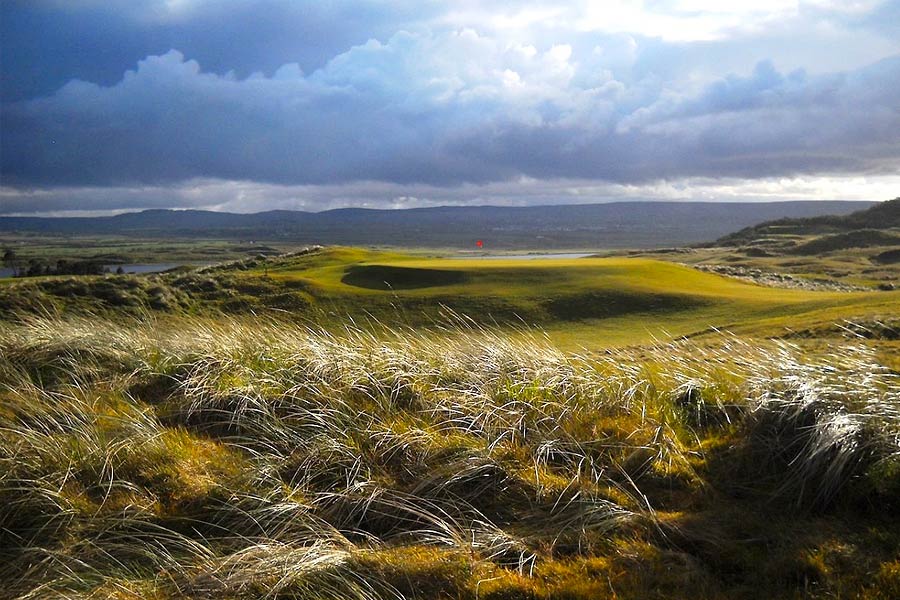 “My group and I have returned from our trip to Ireland. We had a great time. I wanted to let you know that your bus service was a large part of that. I would also like to let you know what an asset your driver, Michael O’Conner, is to your company. He was extremely knowledgeable and it was like saying goodbye to a friend when we left. If we return to Ireland I will definitely be using your company again.”