The Island Golf Club, to put it quite simply, is one of the finest links golf courses in the world. Just why it is generally not spoken about in the same breath as Ballybunion, Royal County Down and Waterville is a mystery but make no mistake that The Island is in that league. The course will tantalize, tempt, satisfy and infuriate but at the end of the round you will be well aware that you have just played a very special golf course. It is that good.

Having played in the Irish PGA Championship at The Island in 1999, Darren Clark proclaimed the course “a fantastic links which tests every club in the bag”. This is no understatement. Like most great links courses, The Island has a long history attached to it. It was back in the 1880’s when four well to do bachelors rowed across the inlet between Malahide village and “the island” to inspect the territory and quickly returned to spread the word. Soon, a group of ten local men clubbed together to lease the land and so was born The Island Golf Club. The club remained strictly private until after the Second World War when a lack of finance prompted the move to membership.

The course was only accessible by boat from the Malahide marina until 1973 and though these days are now gone, what remains is a traditional, world class links golf course that rivals the very best in the world. Nobody knows just who designed the original layout at The Island but work was carried out by Fred Hawtree in the early 70’s and by Eddie Hackett in the 80’s. Over the years, seven new holes were blended into the best of the original layout and the course is now a test for the very best.

The links itself requires excellent shot making skills and offers countless superb holes, incorporating some great natural dunes. One of the most memorable holes at The Island includes the par 3 13th, which requires a 210 yard stroke across the Broadmeadow Estuary back to the mainland. This is a treasured hole, which if played when the wind is whipping up the cliff face from the sea, will certainly make a lasting impression. 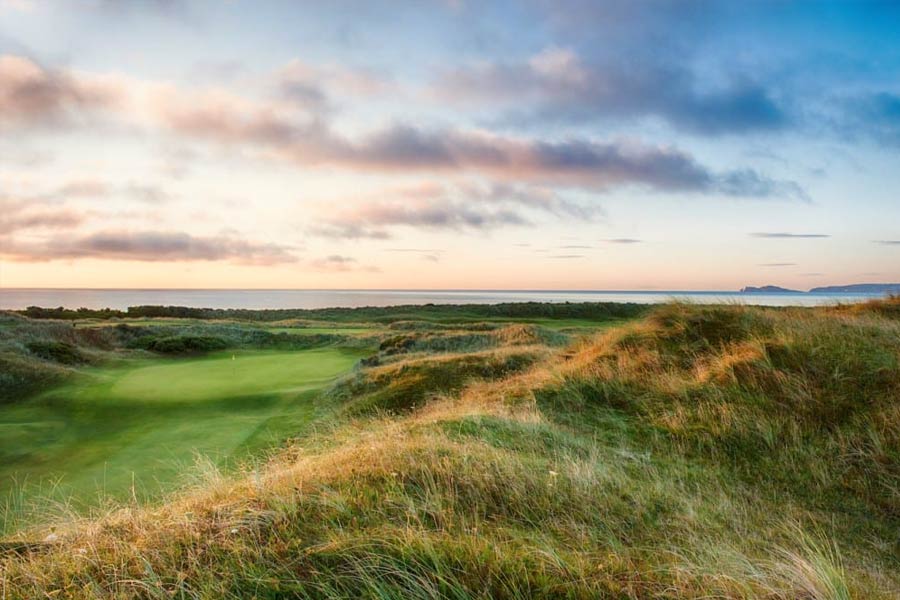